The photo above shows Bowhead employees in the “Avenger Unit” who contributed  greatly and in some cases spearheaded the effort to help meet every milestone in production, quality and at the same time saved millions of dollars for the Army.

This 2-year project was started from scratch at Letterkenny in Chambersburg, Pennsylvania for the European Defense Initiative (EDI) program which entailed the use of obsolete assets to rebuild 72 operational Avenger units. The AN/TWQ-1 Avenger is a fully automated, short-range air defense system. It is mounted on a M1097A1 HMMWV chassis, making it highly mobile and easily transportable. The surface-to-air missile fire unit has eight Stinger missiles in two missile pods. The system is capable of acquiring, identifying, tracking and engaging targets from a stationary or moving position.

Next, these units will be shipped to Germany where they will be used to form two new Battalions within the NATO alliance in support of the EDI to curb Russian aggression against our allies and their neighbors.

Way to be resourceful Bowhead! 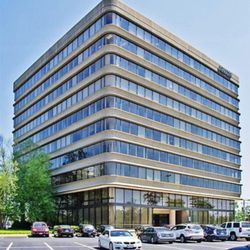